After popping two Spotted Dicks into the oven, myself and little miss, and of course Spikey and Willow decided to take a stroll before it got too late. Stepping outside you could tell it had been a cool crisp day, but the deep almost tangible chill that only falls in the evening was starting to wrap itself around us. It was going to be a quick stroll! The sky was a bright bright blue and a blazing setting sun lit up the rain heavy clouds, giving them a gold lining. You could see numerous rain showers falling all across the skyline, but none got us. The boat had left the pier and was heading towards Rossamhil, and I watched as it took home with it two much loved visitors that had been here for a few days. Then there were the various signs of works in progress dotted all along our walk. Temporary roads had been made, some holes filled, with some still needing a bit more work.Lobster pots gathered in proper order. Nothing like a shovel leaning against a wall to let you know its been a busy day! And as serious discussions were being had over rebuilt walls, and as the moon revealed itself from behind the darkening sky, we came to the beach, where the image of the skeletal remains of a shed and the skeletal remains of our trá filled my remaining thoughts in the remains of this day. 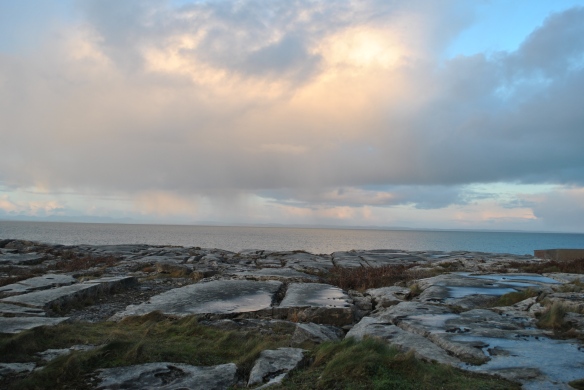 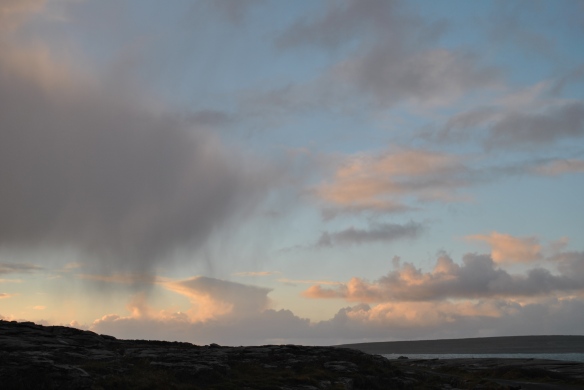 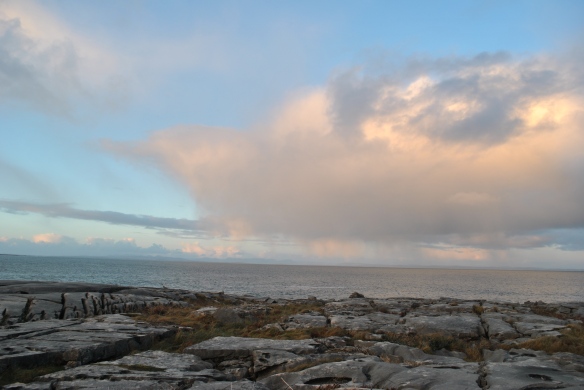 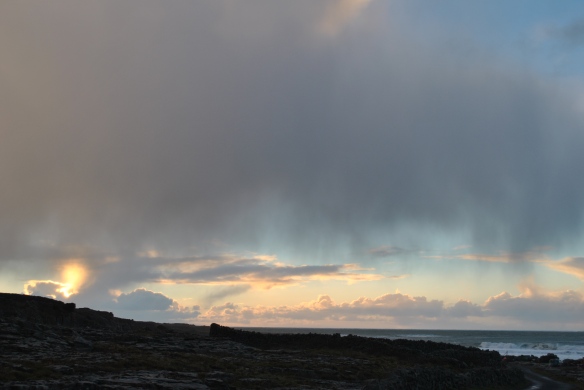 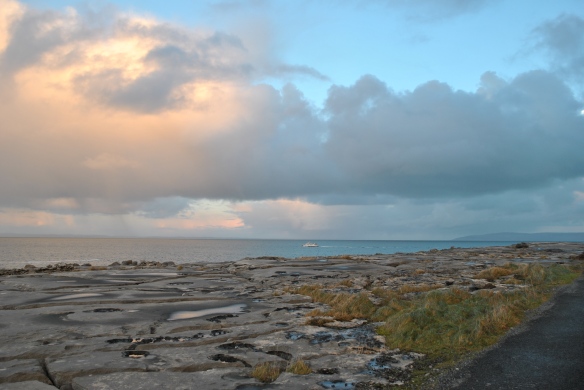 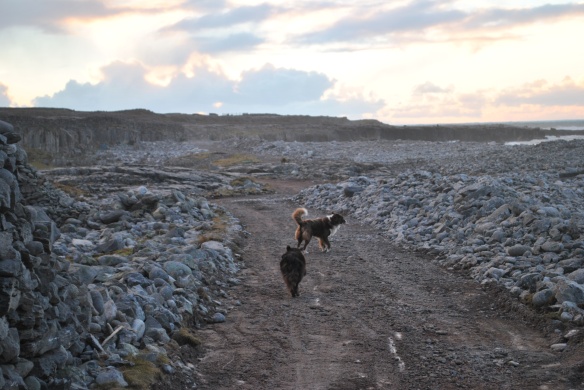 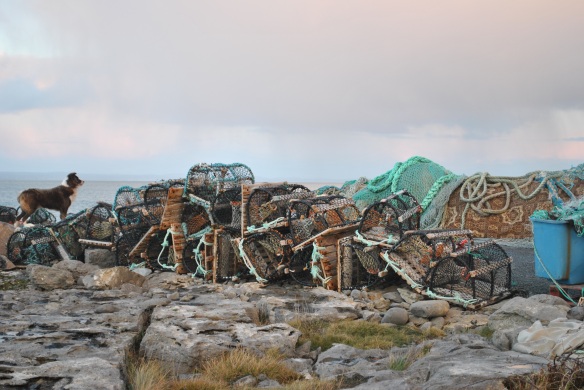 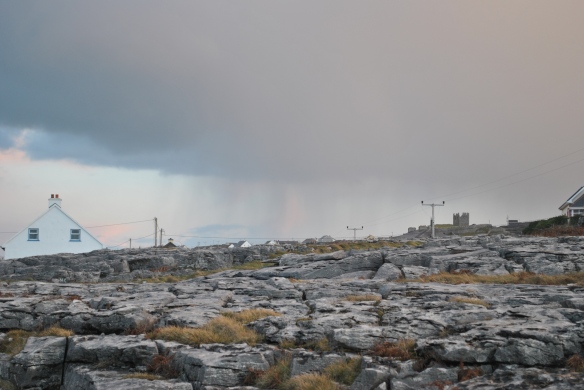 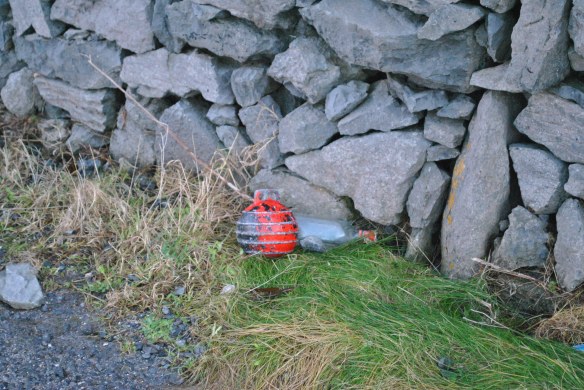 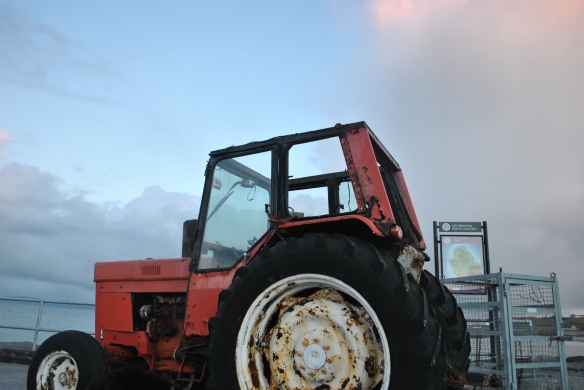 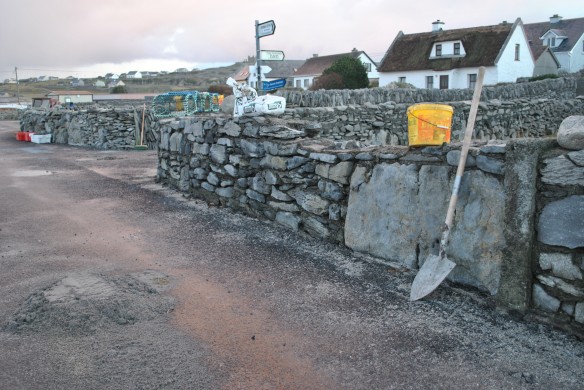 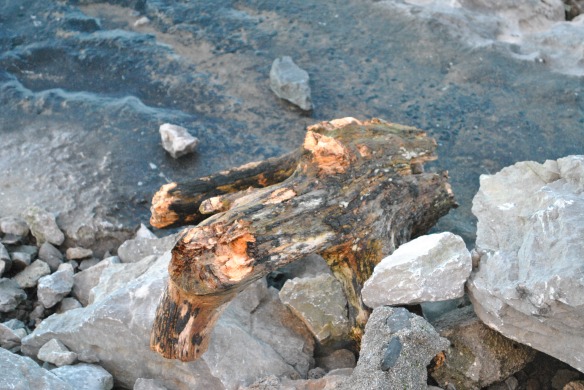 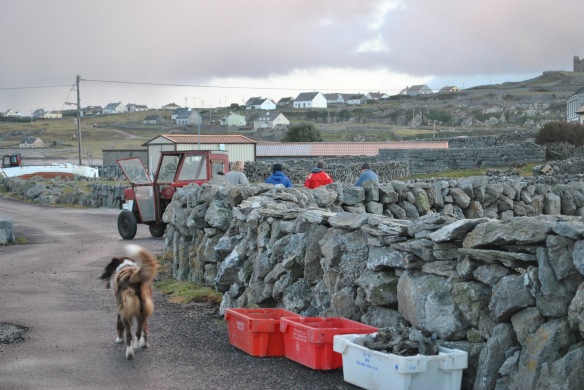 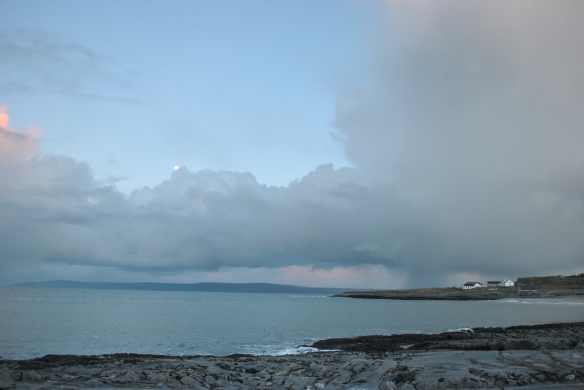 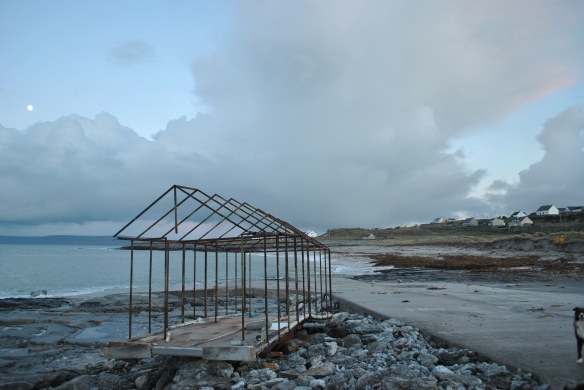 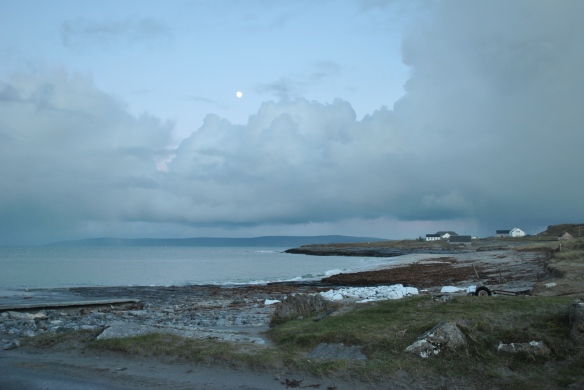