Let me begin with this…..

“Aunt Sponge was terrifically fat,
And tremendously flabby at that.
Her tummy and waist
Were as soggy as paste-
It was worse on the place where she sat!

SO she said, “I must make myself flat.
I shall make myself sleek as a cat.
I shall do without dinner
To make myself thinner.”
But along came the peach
Oh the beautiful peach
And made her far thinner than that!

Aunt Spiker was thin as a wire,
And dry as a bone, only drier.
She was so long and thin
if you carried her in
You could use her for poking the fire!

“I must do something quickly,” she frowned.
“I want FAT. I want pound upon pound!
I must eat lots and lots
of marshmallows and chocs
‘Till I start bulging out all around.”

“Ah yes,” she announced, “I have sworn
That I’ll alter my figure by dawn!”
Cried the peach with a snigger,
“I’LL alter your figure…”
And ironed her out on the lawn.”

(Centipede Pg37&38, James and the Giant Peach by Roald Dahl)

I loved this poem when I read it for the first time, and I love it still. But to read it these days, it brings up another issue. And that is the use of the word ‘FAT’. Now I’m not sure when the word ‘FAT” went from being a perfectly acceptable adjective used for descriptive purposes, as shown above, to what is has become now. And what is has become now is a word that defines, hurts, insults, belittles, embarrasses, angers and destroys. All that power for such a little word can’t be right, can it?

These days the news in Ireland is full of discussions and debates on the current obesity problem. And yes it is indeed a problem. And it’s important that it is tackled and handled properly. But lets whittle it down to the individual. It would seem that when a person is told by a doctor or health professional, or, as is the case more and more, on some health or transformation programme on national television, that they are either very overweight, obese, morbidly obese or on track to become a type 2 diabetic, it’s never nice to hear of course, but it is almost easy to accept, because the words used are ones that define the condition, the condition of having extra weight, and not the person with the weight. However, call or tell somebody they are fat, it is like an attack on the persons whole being. So for the most part, it’s all very politically correct – in the media that is – although not always as seen here. But it’s the use of the word on a daily basis that can sometimes cause the most damage.

When you are called fat or referred to as fat, all of a sudden that is what you become. You are fat, ergo you are no longer funny, intelligent, witty, pretty, acceptable, sophisticated, sexy, worthy. You are just fat. And along with the label of being fat, there comes with it some assumptions of course, such as all a fat person does all day is eat takeaways and drink fizzy drinks, and that if they’re not eating and drinking,they’re thinking about eating and drinking. Or that they actively set out every day to ‘let themselves go’. So now not only are you fat, you are most likely a slobby layabout too. There is actually an advert on TV at the moment promoting a motivational weight loss clinic, by stating how much money losing weight would save you, as you will no longer be spending it on takeaways and junk food! Point made thanks!  But this isn’t about that. This is about how it feels to be at the receiving end of this word.

The first time I remember being called fat was when I lived in America for a short time when I was 21. I went for a job in a bar and was standing in some dull smokey backroom talking to the bar owner. He looked up at me briefly,a jowly pink sweaty face, cigarette hanging from his lips, then looked me up and down and said – ‘you’re fairly chunky aren’t you’. I stood rooted to the spot and in sheer embarrassment replied ‘eh yeah I guess so’. He offered to give me a trial the following day. I left and never went back. But that conversation,and all the related feelings that went along with it, dug a little hole in my brain and laid there, in wait.

And at some point after that, still in the states,  I went to a party at the Jersey Shore – now don’t get excited, it wasn’t an MTV type party, just a few friends of someone I’d become friends with while living there. It was all going grand, some young guy arrived and was asking about the whereabouts of his friend. Trying to be funny I made some remark based on something I’d heard earlier to which he replied ‘ and who the f*** are you, you fat Irish bitch, you don’t know anything so shut your face’. I wanted to ground to open up and swallow me. I was so embarrassed and I felt like I’d been just punched in the stomach. He later apologised, sincerely I might add, but it was just too late. That little encounter also buried itself in my memory bank.

I’d had a hard time over in America, and was so happy when I finally returned home. My dad was driving me home from the airport as I sat staring out of the window. I started noticing all the people on the streets. Every person looked so slim to me. Everything in the states had been, to me, so over the top big. Big cars, big houses, big restaurants, big food and yes, big people, but at home everything seemed so small – that is, except for me. Sat in the back of Dad’s car, I felt fat.

And that feeling was endorsed many times in the coming months. At a 21st party I was at, someone said to me – ‘oh you’re back from America, my god, didn’t you put on loads of weight?’ Again, I meekly responded ’em, yeah, I did’ – as if i specifically went out to do that. In my local pub, a regular asked me did  I do anything but eat all the burgers while I was away. At a Christmas party in my old job, a former work colleague thought it was the right time to call me a fat bitch when I accidently bumped off his chair when passing. It didn’t end there. A ‘do you think you might be letting yourself go a bit’ comment from a loved one was almost too much to bare. And then there was the discussion between two middle aged men in a Dublin bar one evening after work. They were trying to decide if I was fair game, but one commented that I was too big, the other decided to narrow it down as to whether is was my ‘top or bottom’ half, to which the first replied ‘both’! How charming. And all within earshot. Of course I said nothing and tucked those feelings way down deep with the other ones.

But one day on the way home from work, I caught sight of my reflection in a window. I thought my head looked like a little pea on top of a big huge body. And that was the turning point for me. I was 25 when I officially became fat. As I stood on the scales at my first ever WeighWatcher meeting, I looked at the numbers that flashed up before me. They seemed so big. And alien to me. Because up to that point I’d never actually weighed myself. Ever. I was 13st 10lbs. That was almost 15 years ago. That is my fat story. Aince then I’ve lost weight, put on weight, lost it, had three babies and am now on my losing track again. But for the record, any time I feel the need to lose weight, or to become more fit, or to eat more healthily, it’s because I decide to. Its because I’m a capable person and can make the best decisions for myself and my family. And not because of some random remark from someone that doesn’t really care.

So the moral of this story is that individually these comments were, at the time, most hurtful, I am blessed to have lovely smiley happy people as friends and family so I was able to get past them at the time, but combined, these fat comments can be dynamite. And sooner or later, fat bitch gonna snap. So play nice! 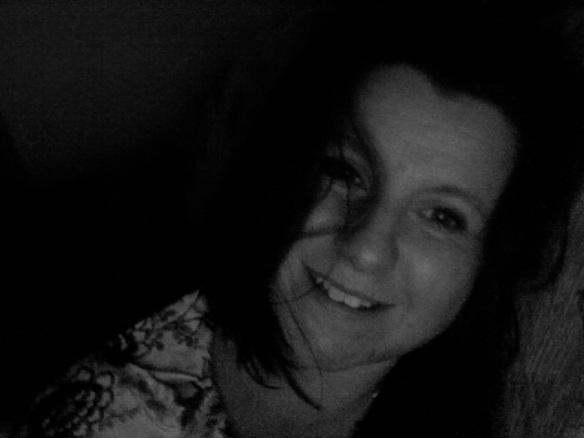