One of the greatest treasures that Ireland has is the beautiful Phoenix Park in Dublin. Whilst growing up we would the park at least a couple of times a year to go to the zoo. It used to be a whole days adventure, having no car at the time it involved packing a lunch and getting the No. 10 up to the park gates.! Sometimes after the zoo we’d head over to the Wellington Monument – thinking back to us racing up the slanty slabs still brings a shiver down my back! – oh the fearlessness (or relative stupidity) of youth. But often we’d head to the Papal Cross, and the hope was always that we might get to see the herd of majestic Fallow Deer that lived in the park. We would try to move in little silent steps just to get a tiny bit closer, oh how I longed to pet them. But these were wild deer and we understood that to approach them would most likely frighten them and that was not good. A quick movement caught in the corner of their eyes would send the whole flock scattered into the shelter and cover of the many trees. So we would admire them from a distance.
However things seemed to have changed slightly over the years and the deer seem to be more used to people coming up to photograph them or just admire them, although still ever watchful. Watchful that is, to everyone else bar one man.One man and his dogs.            This man arrives in the park, not too far from the cricket grounds everyday at almost the same time. You can just sense from him that he knows this place and is comfortable here. He gets out of the car and is followed excitedly by two dogs, one older than the other and they shadow him as he goes to the boot. He opens it up, pulls out a hurling stick and a couple of tennis balls, obviously to give the dogs a good run – although running would seem to be the last thing on these rotund much loved companions agenda, but they wag their tails regardless. Now this could be pretty much the same scenario for anyone driving to the park to give their dogs, or themselves for that matter, a good walk, some much needed fresh air and relative freedom from the noise and stresses of the city, except for what happens next.

The man takes out a bag, sometimes a plastic bread bag, sometimes a paper bag and closes his boot. The two dogs happily run ahead from the tarmac onto the lush green grass over towards the trees, and before the man even starts to walk there’s movement in the distance. Something has stirred. And as though they’ve appeared from thin air, the herd of beautiful fallow deer are walking out and looking intently towards this man and his dogs. He walks on and lets out a whistle that hits many notes, not too loud or harsh sort of like a singsong whistle. The deers stand momentarily with their necks up straight and begin to walk towards him. No flinch. No fear. They gather speed. The dogs ramble pass the deer, and sit down in their company while the man reaches them and hunkers down and rustles in the bag.
He takes out a handful of cubed bread. Sometimes handfuls of oats or crushed weetabix. Sometimes carrots and apples, but everything chopped up into perfect bitesize pieces. And the deer put their heads in his hands. And he pets them while they feed, and he knows the cheeky ones that go rummaging in his bag while he’s not looking, and he knows the quieter ones that he goes over to separately to make sure none are left out. The dogs wait patiently. After a few minutes, he rolls up his bag and begins to leave them as he wanders off to finish his walk. But not before he sends out another little whistle, that to me seems to let them know he’s going and they start to wander back among the trees, to their safe place. Alas these are still wild animals, although they may seem tame, they also need to be respected. And there most certainly seems to be mutual respect between the man, his dogs and the deer.
So how lucky am I that he’s my dad, and Bug’s grandad, and that a couple of weeks ago he was able to experience something I could have only dreamed of at his age. He calls them ‘grandad’s deers’ – and in fairness they kinda seem to be….. 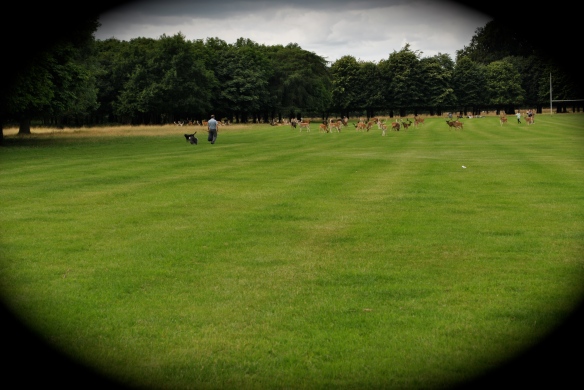 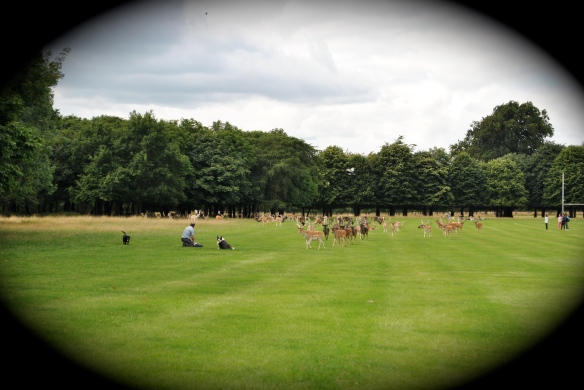 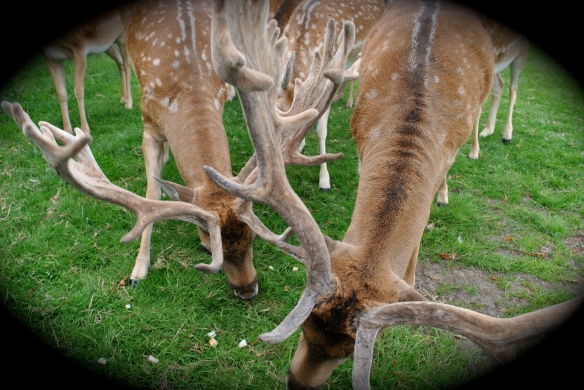 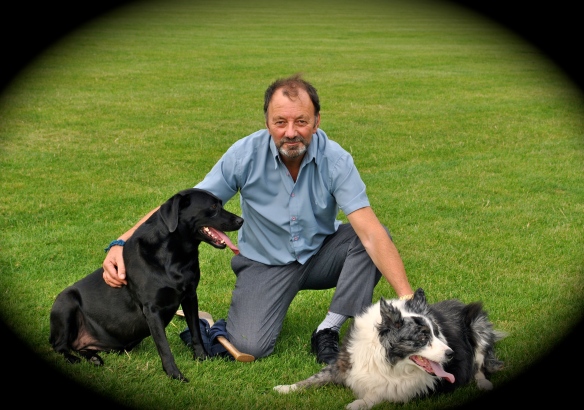 Kerry is beautiful. That’s pretty much all there is to it. Having spent a week there with my three babies (but without TQM as he had important cow/potato stuff to attend to) in a rented holiday home with various family members, I can honestly say it will be my destination of choice forever more. It was not my first trip to Kerry, but the last time I was there was a very long time ago. But that was a different type of visit. This time it was a proper experience!
We rented a beautiful big house in Waterville from the lovely Bernie & John and it housed 10 of us very comfortably with plenty of room to spare. As if the house wasn’t enough, the view was something else and standing admiring it whilst drinking a very welcome cup of tea (did I mention Kerry is a meeeeelion miles from everywhere??? ) got my holiday off to the perfect start. So without further ado, I’m afraid I’m going to photobomb you a bit – there’s quite a few, but each one will tell its own story…… 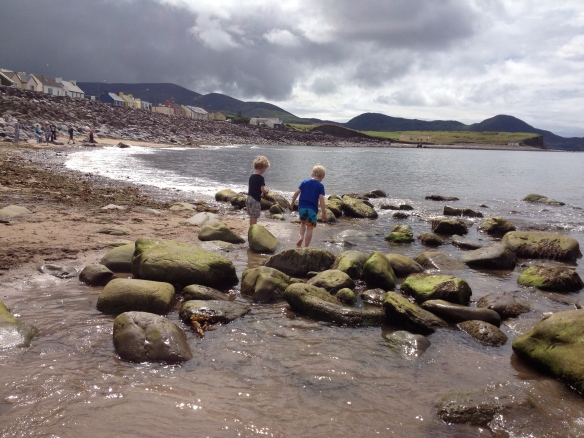 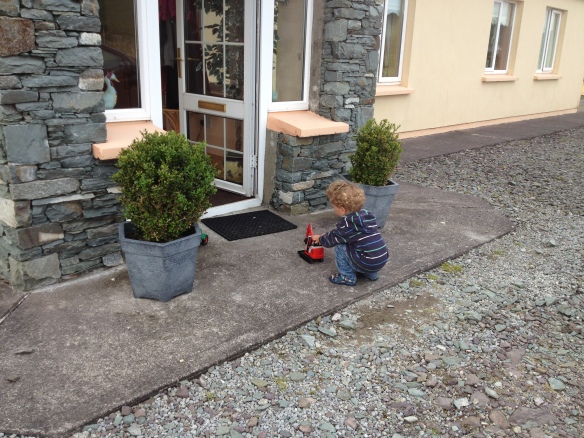 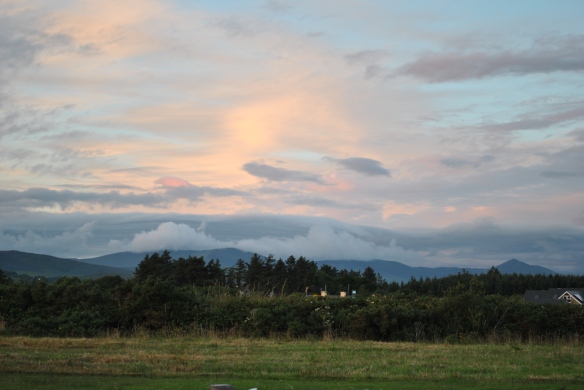 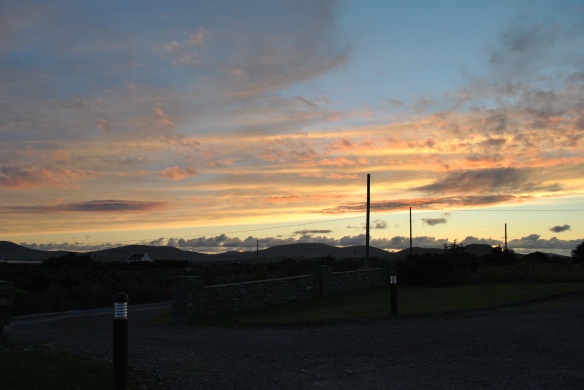 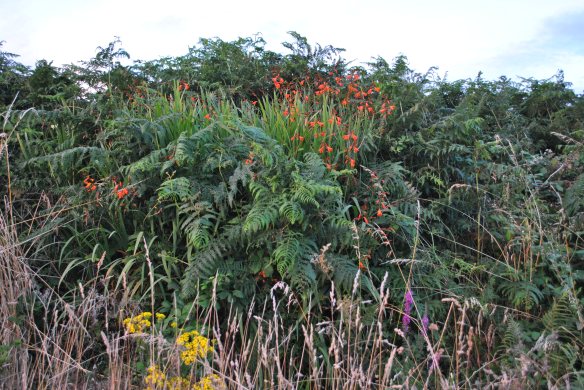 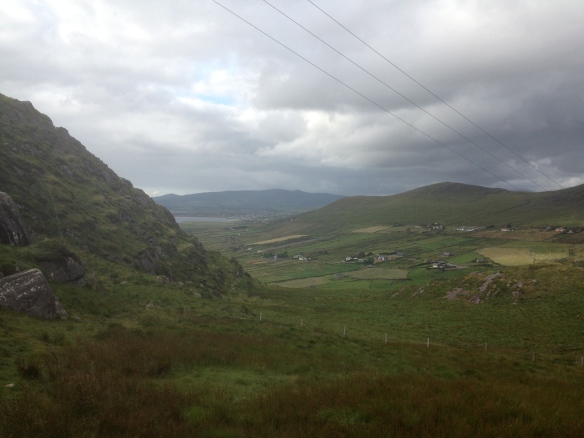 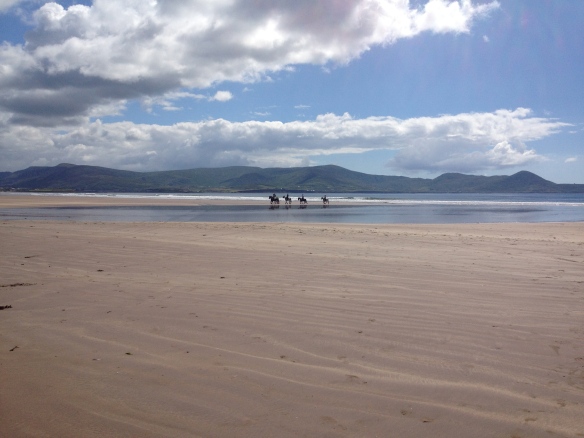 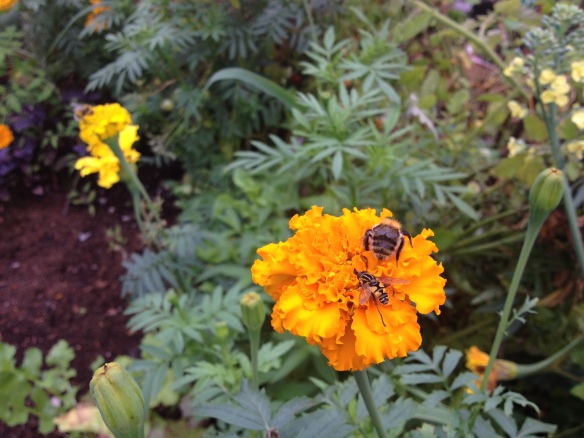 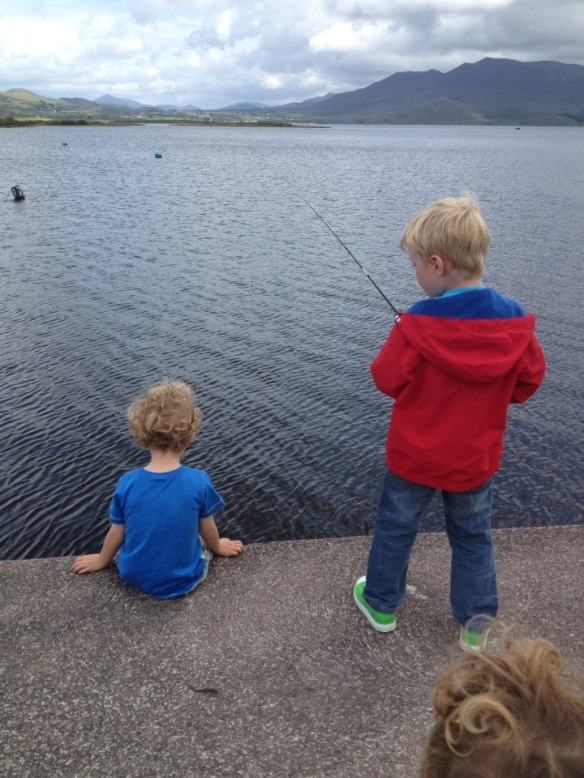 What you are seeing here are snippets of a week filled with stunning beauty, amazing beaches (pictures are from the beach at Waterville and Ballinskelligs beach) but Derrynane beach was also fantastic (along with Derrynane house which we didn’t get to visit but looked AMAZING), there was a whole lot of cousin love – one of the best kinds of love – and not forgetting The Compass Jellyfish!!!! (one of my own personal highlights – for more information on jellyfish in Ireland I suggest you visit here!) You will also see the beautiful hedgerows that surrounded our house where I imagined little hedgehogs, hares and foxes frequented at night while we slept (we don’t have that hedgerow life here on the island).Visiting Valentia Island on the car ferry was a great day too, where a regatta was on at the harbour and we got to visit a brilliant petting farm. And the mist. I can’t not mention the mist on the mountains. I love mist anywhere, but mountains especially, and for some reason when I see misty mountains, The Mull of Kintyre by Wings plays on a loop in my head. Lets just say I was singing it constantly in Kerry!

Beautiful Kerry! There you have it. And when I heard the report on the news the other night about American Vogues photoshoot in Cork and Kerry and how great it was, I just thought to myself – yes the pictures are indeed beautiful of that there is no doubt, but its very easy to take beautiful pictures when you’re taking them of beautiful things – and thats just what Kerry is. We’ll be back for sure.

joining with Amanda today for ‘this moment’ 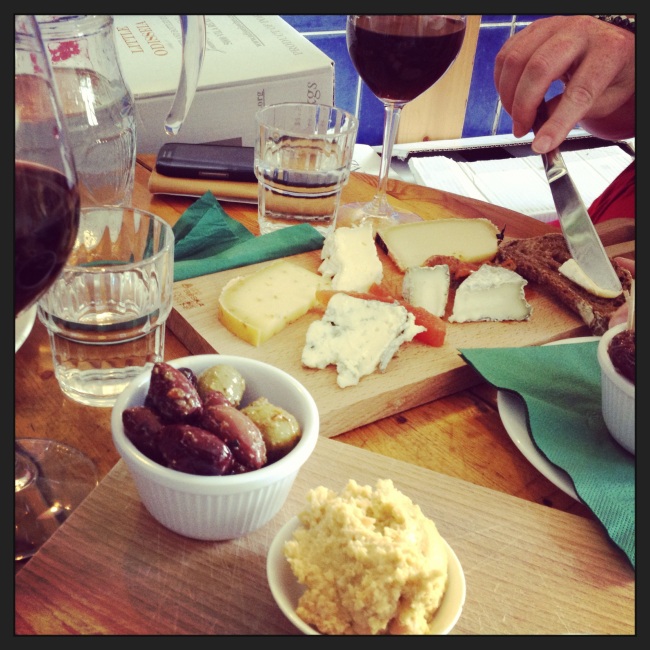 A Friday ritual. A single photo – no words – capturing a moment from the week. A simple, special, extraordinary moment. A moment I want to pause, savor and remember.

If you’re inspired to do the same, leave a link to your ‘moment’ in the comments for all to find and see.

Have a lovely day everyone

I suggest that you shake off that wanting to climb back into bed feeling and take a nice little walk. At the breaking of day, well ok, maybe a little later than that, but no later than say 6.30am, is to me the most amazing time to take a little stroll outside. For me, its the absolute perfect time for me to reflect on the beauty of the place that I now call home. Long before the boat engines start up, and before the visitors start arriving to the island, when all the birds are up and about and very vocal in their morning chorus, where the horses stand majestic against the backdrop of the rising sun and steady sea and when the beach has been washed over and looks brand new again, thats when I get to breathe deep and truly appreciate waking up early! 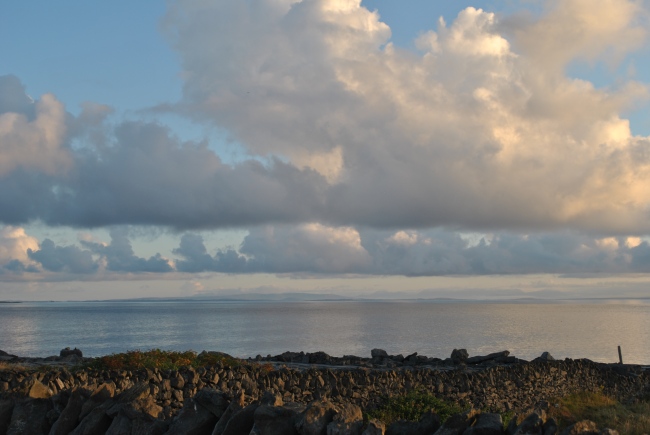 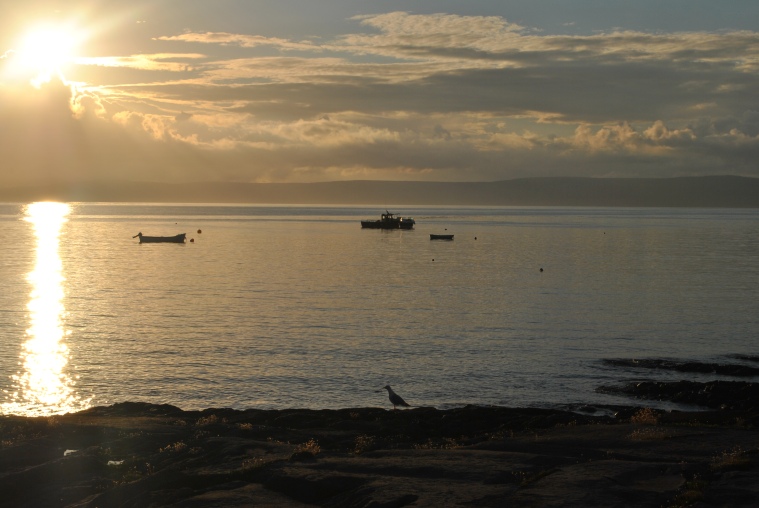 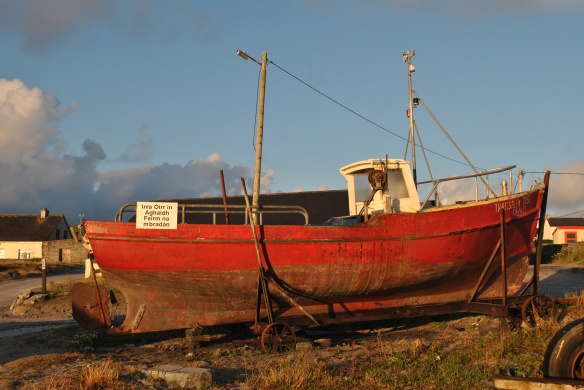 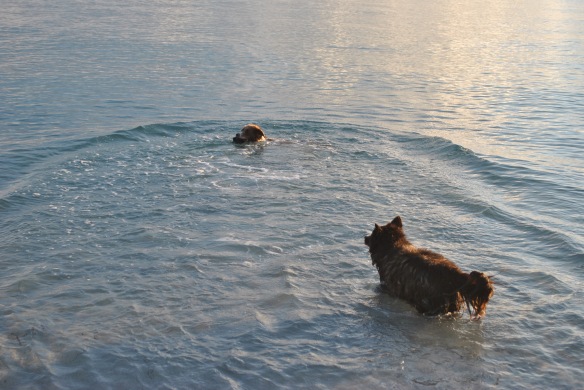 So go on, open that door and step outside – you’ll be glad you did.